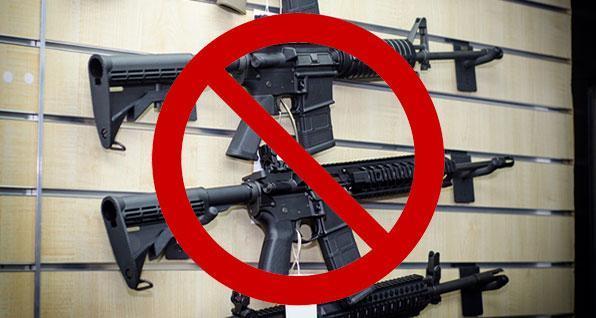 Editor's Note: After a three year effort to convince a local judge to rule that Ohio's premption law, R.C. 9.68, unconstitutionally infringes upon the City of Columbus' right to exercise its zoning powers, City Attorney Zach Klein is taking the opportunity to fantasize about reinstating another so-called assault weapons ban in Columbus. Given that Klein was in his mid-20s the last time Columbus enacted such a ban, and quite possibly wasn't paying attention, we thought it would be worth refreshing his memory on why reinstating such a ban would be pointless. This is the third in a series of 2005-2006 BuckeyeFirearms.org articles, which were not-so-affectionately named after the ban's sponsor, then-city councilman Mike Mentel.

The Columbus Dispatch is reporting that only 115 people responded to an order from Columbus City Council to register guns that the law defines as assault weapons. The ban took effect yesterday [November 10, 2005].

"As of today, buying or selling an assault weapon in the city is illegal," Ralph Jones, a city licensing officer who handled the registrations, said yesterday. It’s also illegal to own the guns unless they are registered.

Only those who registered, members of the military or police officers may own guns that the city defines as assault weapons, Assistant City Attorney Joshua Cox said yesterday.

Though 115 people registered, some registered more than one weapon. One person registered 45 weapons, Jones said. City officials said it’s hard to say if 115 was more or less than they expected, because no one has estimated how many assault weapons the city’s 730,000 residents own.

The weapons most commonly registered were military-style rifles such as the M-16, AR-15 and Chinese-made SKS, Jones said. There were several shotguns and only a few pistols.

Courts struck down city gun regulations approved in 1989 and again in 1994, after the Ohio-based People's Rights Organization challenged the law in court.

Gun-rights advocates say the number of registrations doesn't reflect how many guns are out there.

"There's an awful lot of firearms they've banned. I would have expected it to be higher," said Terence Regan, chairman of the People’s Rights Organization, which has successfully challenged two previous attempts by the city to ban guns. "It seems to me a lot of people moved their firearm out of the city, they’ve moved, or they don’t know what they own."

Registration started Aug. 11, Jones said, but as the deadline neared, the number of questions seemed to grow.

As outlined in the story, the Mentel Ban defines a semi-automatic rifle as an assault weapon if it has a removal magazine and at least one other characteristic, such as a folding stock or a pistol grip. A semi-automatic pistol is illegal if has a grip for the nontrigger hand, a folding stock or other features defined in the law. Semi-automatic shotguns with at least two such features are banned. A similarly-worded federal ban expired last year after ten years of experience proved it had no effect whatsoever on crime reduction.