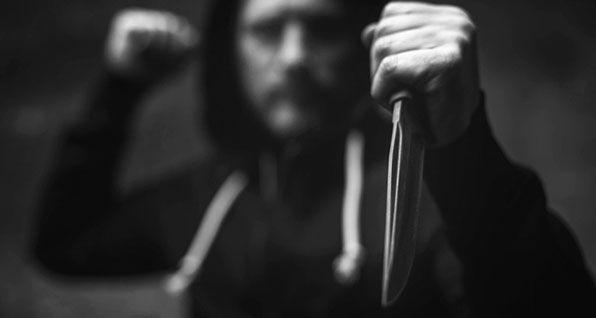 In late February, I attended a day-long Buckeye Firearms Association-sponsored seminar at the Makoy Center in Hilliard, Ohio featuring Dr. William Aprill from Aprill Risk Consulting. Dr. Aprill is a mental health professional and firearms instructor. A former deputy sheriff and deputy U.S. Marshal, he is a recognized expert on the behavior of violent criminals. Around 350 people attended, about 20% of them being women.

I found his descriptions of how violent criminal actors (VCAs) think and act to be quite enlightening. It has been said before, and Dr. Aprill did so once again— they (VCAs) don’t think like we do. For the most part, they suffer from anti-social personality disorder and, as such, they lack any empathy for others, most especially their victims. They are only interested in fulfilling their own needs, which often consist of things their victims have, and the personal satisfaction (and excitement) they get from causing others to suffer pain.

One of the surprising tidbits of information Dr. Aprill provided is the process VCAs go through to select who will be a victim. Everyone they meet is a potential target, but instead of going through a “decision tree” to decide who to attack, they use a simplified process that basically consists of a “go/no go” signal to decide who to attack — i.e. a “decision trunk”. That “go/no go” signal is often simply how the prospective victim walks (i.e. their gait). If they walk with their body erect and are looking around, they are bypassed. If, on the other hand, they are walking around distracted, with their heads down and looking at their cell phone, etc., they are a good candidate to become a victim.

Dr. Aprill was able to collect data about violent criminal behavior by interviewing hundreds of incarcerated VCAs. In one instance, the VCAs where shown videos of people walking. Some of those people had been victims of crime before. In the vast majority of cases, the VCAs were able to easily pick out who had previously been a crime victim based only on how they walked.

Some of the other facts that Dr. Aprill presented were disturbing. Most VCAs began their criminal history while they were still children, and most had already spent considerable time in prison. The average amount of time a murderer spends behind bars in the United States is just eight years. Obviously, the threat of being arrested and sent to prison is not a deterrent to these individuals. Indeed, for many VCAs, going to prison is the equivalent to going to college or graduate school for normal people. He said that at any one time there are about 150,000 murderers walking around free in the U.S. If you are concerned at all about protecting yourself from crime, it is vital to understand the kinds of things that Dr. Aprill talked about in his seminar. Hopefully the Buckeye Firearms Association will bring him back again. I understand that the Dayton Chapter of the ARMED Lady will be hosting Dr. Aprill in September to again present his “Unthinkable” seminar about violent criminal behavior.