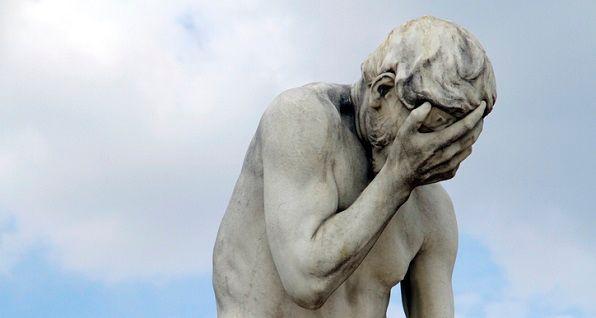 If you've ever listened to an anti-gun politician clamoring for more gun control laws, and found yourself shouting back at the tv something like "what's the point of passing more laws when we don't enforce the ones we have now?", you might want to take your blood pressure meds before reading on.

On March 11, a man now reported to be 21 year-old Columbus native Jonathon Myers was recorded by witnesses standing on Interstate 71 northbound and firing at vehicles, before firing on and eventually being shot and injured by police.

The incident began shortly at 9:56 a.m. when a young man or older teenager driving a 2014 Gray Ford Fusion went off the left side of I-71 northbound north of East Powell Road and the Gemini Place/IKEA Way exit in Delaware County and struck a cable barrier in the median, according to the Ohio Highway Patrol.

At least three vehicles were struck by gunfire from the suspect, but there were no reported injuries to motorists, Fuqua said. One of the vehicles hit on southbound I-71 was a transport van carrying two members of the Madison High School wrestling team and two coaches who were traveling to the state wrestling meet at Ohio State University's Schottenstein Center.

Columbus police and the Delaware County and Franklin County sheriff's offices all started receiving calls from motorists about the shooting at 9:57 a.m., Fuqua said.

When Columbus police officers arrived at the scene, the male suspect in a black hoodie started walking away, then running north on the interstate from police, heading to the left shoulder of the northbound lane.

As one officer drove toward the gunman with the door of his police cruiser open, a video posted on Twitter — taken by a female passenger inside the vehicle of a couple traveling southbound on I-71 — shows the suspect suddenly turn and fire multiple times at the cruiser, striking it at least once in the hood.

The officer returns fire from inside the cruiser through his windshield as other officers on foot run toward the shooting using the cruiser as a shield, the video shows.

"Oh my god," the male driver says on the video of the gunfire exchange that had erupted just across the grassy median on the northbound side of the interstate.

The suspect is seen turning and running as the Twitter video ends, but ODOT video shows him veering back across the interstate to the right berm, where Fuqua said the suspect was struck by gunfire from at least one Columbus officer and went down.

Police later determined the same Ford Fusion had been involved in a hit-skip crash 20 minutes earlier on I-70.

It would take reporting from independent investigative journalist Tom Sussi to uncover the rest of the story about the suspect.

What you may not know is that Jonathon Sirvelle Wilder Myers has four open cases in the Franklin County Court of Common Pleas, including a 28-count indictment for trafficking in drugs, possession of drugs, firearms, and having weapons while under disability.

What you may not know is that before Friday's shootout, Myers had at least three outstanding arrest warrants in Franklin County for failing to show up to court.

And what you may not know is since he was nine years old, Jonathon Sirvelle Wilder Myers has been a menace to society. There are 28 reports on file with the Columbus Division of Police. The Sussi Report highlighted the significant incidents.

That's right, as so often happens in these cases, we learn that the criminal should not have even been on the streets at the time of his latest crime, and that our criminal justice system is almost as much to blame for the carnage as the criminal himself.

Later coverage by The Dispatch finally mentions the fact that Myers had previous felonies in Franklin County, and Dispatch columnist Theodore Decker, who over the past year has published several articles documenting the lack of proper and uniform enforcement, also eventually weighed in.

Q: Want to know who is committing gun violence in Columbus?

A: The people illegally carrying guns.

This is absolutely right. Even Governor Mike DeWine repeatedly observes that “a very small percentage of repeat offenders are responsible for most violent crimes.”

And yet every time a high-profile incident like this occurs, too many politicians want to pass more gun control laws that will only affect you and me.

There is no need for new laws. Jonathon Myers had already broken many, and would have had no concern about breaking a few more. What is needed, of course, is rapid, strict and consistent enforcement of the laws already on the books.

And so, now, our criminal justice system finally agrees Myers must be taken off the streets and punished. But the problems he creates for society won't end there. He will be locked up for ten years, probably less. While locked up he will be exposed to the most vile and evil members of society, ensuring that, while incarcerated, he learns to become an even more corrupt and violent person. Then at age 31, at the peak of his criminal abilities, both mentally and physically, our system will release him back into society without a future, and expect a different result.

BFA Board Member Sean Maloney observes that, "at any one time, nearly 6.9 million people are on probation, in jail, in prison, or on parole in the United States. Each year, more than 600,000 individuals are released from state and federal prisons. Another 9 million cycle through local jails. Say bye-bye to Jonathan Myers for now, but like the Terminator, he will be back, giving society what we paid $110,230 per year to teach him."