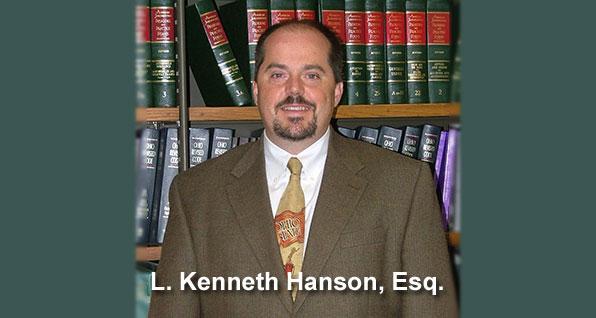 Buckeye Firearms Association (BFA) recently hosted a celebration of life for attorney and BFA co-founder Ken Hanson, who passed away on August 4, 2019.

At this event, we announced the launch of the Ken Hanson Constitutional Law Scholarship both to honor our friend and to promote the study of Constitutional Law. This scholarship will be offered through our 501(c)(3) Foundation and all donations will be tax-deductible.

We have an initial goal of $5,000 to kick off the scholarship. You can make a donation online with a credit card or mail a check.

Promoting the study and practice of Constitutional Law is one of the most important things we can do for Ohio and the United States. The Constitution is the anchor for our laws and our liberty. We need more attorneys, judges, and justices who respect the original meaning of the Constitution, including the Bill of Rights, and refuse to allow fleeting emotions and political agendas to reinterpret the greatest founding document in history.

Here is an excerpt from our announcement of Ken's passing:

To say that Ken advanced Second Amendment rights in Ohio is a vast understatement. As an attorney and former partner at the Delaware, Ohio, firm of Firestone Brehm Hanson & Wolf, Ken combined his deep love of country with his significant legal skills to help chart the course for Ohio gun law in ways that will reverberate through the next hundred years and beyond.

The National Rifle Association's Institute for Legislative Action (NRA-ILA) awarded Ken the 2008 Defender of Justice Award for his extensive pro-bono work to improve and defend gun rights. He was also honored with the 2009 Jay M. Littlefield NRA-ILA Volunteer of the Year Award for exceptionally meritorious activism in defense of the Second Amendment, and the 2016 Defender of Justice Lifetime Achievement Award for dedication and commitment to the cause of a free and peacefully armed population.

It was also our distinct honor to present Ken with the BFA Political Action Committee's Second Amendment Legendary Award in 2016 for preserving our Second Amendment and Constitutional rights.

Ken played a role in many key legal cases over the years, including cases before the Ohio Supreme Court and the U.S. Supreme Court, such as the landmark D.C. v. Heller decision.

Gun owners in Ohio, and indeed across the country, are forever in the debt of Ken Hanson, whose life was singularly and humbly dedicated to the greater good.