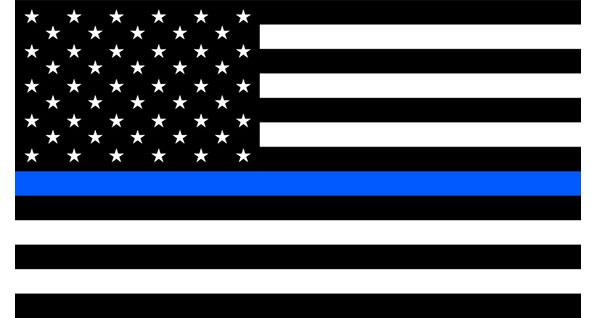 I have been involved in gun rights advocacy for two decades now - enough time to see a lot of change, and do some changing myself.

One of the more interesting changes I've been noting in recent years is a growing number of conservatives on social media who are conflating their "pro-gun" politics with their "back the blue" politics.

Such people react very negatively to questions about law enforcement abuse of power, racial discrimination, etc. To them, being "pro-gun" seems to equate to believing that law enforcement is above question.

A recent example would be the reaction of some gun rights supporters to Buckeye Firearms Association's coverage of the Casey Goodson shooting.

23 year-old Ohio concealed handgun license (CHL)-holder Casey Goodson Jr. was shot to death by a Franklin County Sheriff's office SWAT deputy on December 4, 2020. Wildly different accounts of the events that led to the shooting are given by Goodson's family and by the sheriff's office, yet a spokesperson announced that the shooting was justified before any investigation had been done. (He later admitted that statement was "premature" and "based on insufficient information.")

While the vast majority of feedback on our coverage has been positive, there are also those who feel that even writing about the case is somehow anti-law enforcement, even though the article specifically stated "it is best to withhold judgment until all the facts come in."

One Facebook commenter compared BFA to CNN. Others said we were "stirring the pot" or "stoking the fire." Some wanted us to wait and see what the facts were before we even mentioned the case. (Four months later, we aren't even CLOSE to having the facts, though a recently-released autopsy report validated family members' initial claims that Goodson was shot five times in the back and once in the buttocks.)

Once upon a time, gun rights advocates were not so quick to hitch their wagon to law enforcement.

When I began volunteering to help get concealed carry passed in Ohio 20 years ago, gun owners had a much more cautious view.

You see, gun owners in Ohio had to fight law enforcement bureaucrats from the Ohio State Highway Patrol, the Fraternal Order of Police and the Ohio Association of Chiefs of Police for many years before we finally got our original concealed carry law passed in 2004.

In 2003, an OSHP spokesperson literally claimed that the reason his organization opposed allowing concealed carry in a car was because "If there's a dangerous situation and you're in your car, you can drive off." We had to watch a man die trying to follow that advice.

After our original concealed carry law passed, we had to read account after account of law enforcement confiscating firearms at routine traffic stops and refusing to return them, and watch as dash cam video showed an officer threatening to kill a CHL-holder for not notifying "promptly" enough (even though the law does not define what "promptly" means - more on that below).

We had to fight these same groups again to make every modest improvement to our law.

For example, in 2010 a Fraternal Order of Police spokesperson claimed that gun owners would drive down the road "twirling" their guns on their fingers if stringent car carry laws contained in the original carry bill were removed.

And what many may not know is that these groups - joined now by the Buckeye State Sheriff's Association - are fighting, right now - efforts to remove or reform a law which requires Ohio CHL-holders to "promptly" notify a law enforcement officer that you are carrying concealed.

Law enforcement organizations have by no means earned the blind loyalty that some gun owners seem willing to give them.

The fact is, we should question when a fellow concealed handgun license-holder is shot in the back. We should question when a police chief scams his city with an illegal machine gun-selling scheme, or when an officer runs a “CCW certificate mill,” or tapes a nude minor, or tries to abuse her power to avoid an OVI arrest, or tries to cover up why he fired his service weapon, or accesses the Law enforcement Automated Database (LEADS) to look up his estranged wife's acquaintances.

Law enforcement officers are people, just like the rest of us. They make mistakes. They exercise poor judgement. Some become corrupt. Some are bigots.

And as law-abiding citizens, we must demand truth and justice, even when it means standing up to someone on the thin blue line.