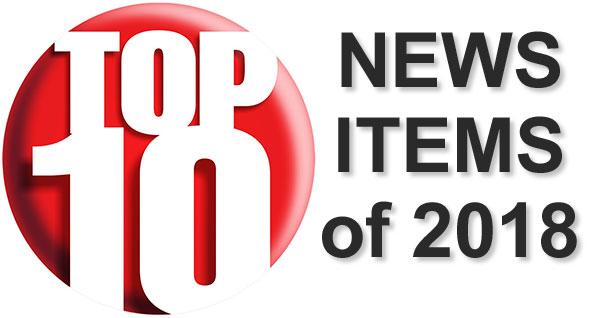 Ours is an international audience. Beyond the U.S., we receive the most visits from Canada, United Kingdom, Australia, India, Philippines, Germany, France, South Africa and Brazil. Just over 20% of visitors to our website are women. We have visitors of all ages, but most are aged 25 to 64 with 25-34 being the highest percentage of users (yes, the Millenials we're always told by the media hate gun rights). Nearly two-thirds of our visitors access our website on a mobile device or tablet.

We received the most visitors from the following ten cities, in order from 1 to 10: Columbus, Cincinnati, Detroit, Chicago, New York, Ann Arbor, Philadelphia, Cleveland, Atlanta and Dallas.

Of course, the passage of House Bill 228 was the latest and most important story, as the Ohio General Assembly came back during the holiday break and overrode Gov. John Kasich's veto, finally shifting the burden of proof from the accused to the prosecution. In short order it also became the most-read story of the year.

In the second most-read article of 2018, we broke the news that the Ohio Supreme Court had proposed amendments to the Rules of Superintendence for the Courts of Ohio that will empower law enforcement to seize guns, usurping the role of elected lawmakers and represent the most significant changes to Ohio law of our time.

Given the fact that 2017 ended and 2018 started with a huge media push to enact gun control in the wake of terrible mass killings at an outdoor concert in Las Vegas, Nevada, a Baptist church in Sutherland Springs, Texas and a school in Parkland, Florida, it should come as no surprise that the 2018 Top 10 was dominated by articles covering attempts to pass gun control. Indeed, eight of the ten articles addressed gun control efforts, as well as news on the virtue-signaling efforts of anti-gun businesses, including Ohio-based Kroger and Dick's Sporting Goods.

State and local efforts to pass gun control also got top attention, including Democrats' efforts to pass a so-called "assault weapons" ban in Ohio, proposals to allow townships to ban the discharge of firearms, gun control laws passed in the cities of Columbus and Cincinnati, and the City of Toledo's efforts to boycott firearms manufacturers who sell things they don't like, and to encourage other cities to do the same.

An article documenting a refusal by our current Governor-elect - Mike DeWine - to join the gun control frenzy during his campaign also made the Top 10.

What articles and topics will claim the top ten spots in 2019? What articles will make national (or international) news? Only time will tell!