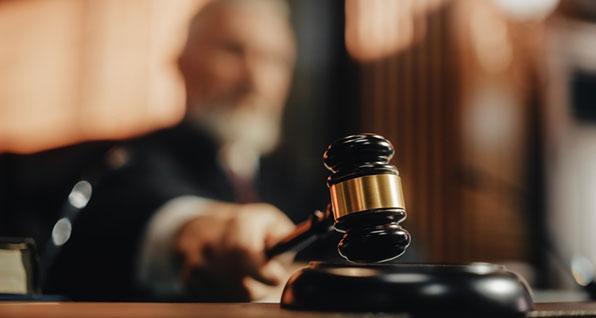 A motion by the State to stay a recent ruling involving Ohio's firearm preemption law has been granted.

This is good news just one day after the City of Columbus decided to use the erroneous ruling as an excuse to announce municipal gun control laws.

This case has been developing rapidly, so let me give you a quick history of preemption and a summary of what has been happening recently.

Years ago, Ohio was a patchwork of gun laws, differing from one city to another. This was a major problem because we had just passed licensed concealed carry and the varying laws threatened to entrap law-abiding Ohioans.

So in 2006, Buckeye Firearms Association worked to pass HB 347, a bill that introduced "preemption," a law that overrides or "preempts" the home rule authority of the state's many political subdivisions. This went into effect in 2007. Ohio Revised Code 9.68 basically says that laws on firearms, their components, and ammunition are set at the state level exclusively. Today, preemption restrictions also include knives.

Many Ohio cities, including Columbus, hated this new law and fought it. However, through a series of lawsuits, preemption was upheld. This included a 2010 suit by Cleveland against the State of Ohio, where the Ohio Supreme Court ruled in a 5-2 opinion that preemption is valid in all respects, including, but not limited to, the mandatory attorney fee provision against any city that attempts to violate a citizen's right to self-defense.

In 2018, we passed HB 228, which among other things, strengthened preemption. This went into effect in 2019. After the passage of this bill, Columbus filed suit against the State in an attempt to stop this bill from taking effect and regain the ability to pass gun laws. The case sat idle for three years.

Recently, Columbus filed suit against Judge Stephen L. McIntosh, accusing him of not ruling on multiple motions in their case. All of a sudden, the judge issued a ruling, which has been interpreted in different ways. The City of Columbus has claimed it gives them a "green light" to pass gun laws. However, our reading is that it's a very narrow ruling dealing exclusively with zoning for firearms manufacturers.

Regardless, on Wednesday, Nov. 9, 2022, Columbus Mayor Ginther and city officials held a press conference to announce their intention to pass new laws regulating firearms. The Ohio Attorney General's office meanwhile filed for an appeal and to stay the ruling. One day later, the motion to stay was granted.

And that's where we are now.

What happens next? The state's appeal of the judge's ruling will move forward and the case will proceed. It's hard to tell what the timeline is on this case, but in my experience legal cases tend to move in fits and starts. So we could have resolution on the matter very quickly, or very slowly.

In the meantime, we are in contact with the Attorney General's office and will continue to monitor this case and plan for what might happen and what our response will be. Be assured that BFA and our partners at NRA and NSSF will aggressively fight any attempt to flout Ohio's preemption law and pass local gun control.

Regardless of your opinion on firearms, few people truly want Ohio to return to the bad old days where we had a patchwork of conflicting gun laws across the state. However, it's a given that some city leaders, including Columbus Mayor Ginther and City Attorney Zack Klein, will continue to treat this issue as little more than a political talking point regardless of the expense or damage they cause.

Columbus knows where violent crime is taking place and, for the most part, who is committing it. I know they know this because they conducted a study and issued the results a year ago. A Columbus Dispatch headline summarized their findings: Report claims 17 gangs with about 480 members behind nearly half of Columbus 2020 homicides.

So why do they continue to pursue gun control laws they know gang members and hardened criminals will never follow? Because it's easier to pass an ineffective law than to actually fight crime. Because they're more interested in protecting their political careers than protecting the lives and rights of citizens.