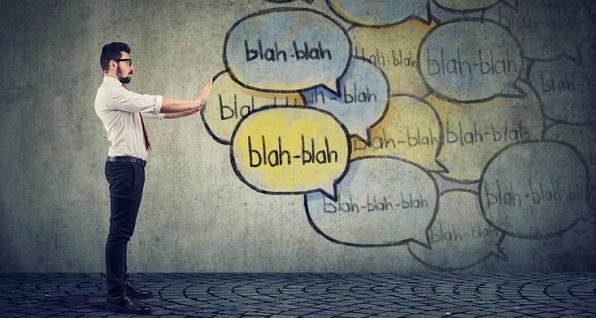 “Experience should teach us to be most on our guard to protect liberty when the Government’s purposes are beneficent. Men born to freedom are naturally alert to repel invasion of their liberty by evil-minded rulers. The greatest dangers to liberty lurk in the insidious encroachments by men of zeal, well-meaning but without understanding.” - Justice Louis Brandeis, Associate Justice Supreme Court of the United States from 1916 to 1939.

“Repeat a lie often enough and it becomes the truth." - Unknown

These quotes have repeatedly come to mind as I survey the latest round of attempts by Governor Mike DeWine and Lieutenant Governor Jon Husted to pass off their so-called STRONG Ohio legislation - a gun control bill otherwise known as Senate Bill 221 - as something which "will help protect our citizens while also respecting the Second Amendment and due process rights.”

Every chance he gets, be it the sad anniversary of a mass killing or in the wake of criminals committing high-profile crimes using a gun, DeWine repeats this claim.

On multiple occasions, DeWine has even stooped to using his "coronovirus press conferences" to promote his gun control bill. Unsuspecting people are tuning in, praying their small business won't be shut down again, or hoping to learn if the state will give their child permission to participate in a sport or stage play, finding instead that they fell for a bait and switch scheme.

DeWine is so committed to his gun control bill that, as the Cincinnati Enquirer reported in February, he has even employed a fake "grassroots" group - the same kind of "dark money" group that former Speaker of the House Larry Householder is accused of using to line his own pockets - to attempt to create the illusion of support for this piece of legislation.

This bill "will help protect our citizens while also respecting the Second Amendment and due process rights,” DeWine says.

SB 221 weighs in at more than 200 pages, and there are issues that concern us throughout, as they do the NRA-ILA.

Here are some highlights:

There are a variety of other problems with this bill, but these should concern every citizen in Ohio, whether you are a gun owner or not. The real-world effect of this bill would be to vastly expand the universe of citizens potentially subject not only to a firearms disability, but also to a deprivation of liberty and loss of fundamental rights.

After chalking up a strong anti-gun record in the U.S. Senate, one which ultimately culminated in his losing the seat in 2006, DeWine returned to the Buckeye State and began efforts to restore his reputation among Ohioans, and among gun owners. He was elected as Ohio Attorney General in 2010 by telling voters he had lost his way in D.C, and had since seen the light when it came to the Second Amendment. Over the next eight years, his efforts to increase Ohio CHL reciprocity agreements, target repeat criminal offenders, support pro-gun legislation, sign on to pro-gun amicus briefs in SCOTUS cases, argue for arming school staff, object to an Obama-era BATFE ammo-ban proposal, and join those calling for nationwide right-to-carry reciprocity convinced many that he had indeed changed his tune. In 2018 he was endorsed by both the National Rifle Association's Political Victory Fund and the BFA-PAC.

But after some early work as governor on behalf of the gun owners who got him elected (see here and here and here), the old Mike DeWine began to emerge once again.

After an attack on a synagogue in San Diego on April 27, 2019 by a racist, anti-Semitic, anti-Trump, conservative-hating 19 year-old, DeWine ran to the microphones to express his concern.

Asked if he would seek a “red flag” law, the governor responded, “I have asked my team to work on that ... trying to get a ‘red flag’ law that can pass. That’s my goal.”

BFA was forced to respond. As I wrote at the time, Buckeye Firearms Association has always opposed "red flag" laws, like the one proposed by then-Governor John Kasich (R) in 2018, and will continue to oppose ANY laws that don't fully respect due process or which infringe on Second Amendment rights. BFA Board of Directors member Sean Maloney followed that up with a highly informative article entitled "Current law is BETTER than any "red flag" law when utilized properly."

In response to our concerns, DeWine's people assured us that there was no current red flag bill drafted.

But it's clear now that the governor was just biding his time.

Months later, after a weekend in which psychopaths in Texas and Dayton, Ohio used firearms to commit mass murder, DeWine unveiled a 17-point "Safety Initiative," two of which were of primary interest to law-abiding gun owners. Yet again, we advised the governor, just as we had done before his election, of our positions on these issues, namely that we will never support so-called "red flag" laws or mandated background checks for personal, non-commercial transfer of firearms. As BFA's Executive Director Dean Rieck wrote at the time, "this has been our stance since the beginning of BFA and will continue to be our position."

Nevertheless, within weeks, Sen. Matt Dolan (R-Chagrin Falls) had introduced what DeWine is calling his STRONG Ohio bill. DeWine's bill attempts to rebrand a "red flag" law as a "safety protection order," but the due process problems inherent to all "red flag" laws remain. As for the so-called "voluntary" background check provision, Sen. Dolan admitted under testimony in November that "the goal of Senate Bill 221 is to make sure whenever a gun transfers, we know who the recipient of that gun is."

As I wrote at the time, Second Amendment advocates have always had a strong aversion to having the government "know who the recipient of" a private transfer is. This is why gun owners have fought to make sure that Federal law prohibits a universal, national gun registry, and why the vast majority of states (including Ohio) don’t require registration or licensing.

The final straw came in a year-end interview with the Columbus Dispatch, when DeWine stated that he would refuse to sign any Second Amendment-related legislation until his gun control bill becomes law - a far cry from his election-year promise to sign Constitutional Carry and Stand Your Ground bills into law.

And so it is that, after 12 long years of hard work to restore his reputation among gun owners, Mike DeWine has brought himself right back to a November night in 2006, when gun owners in Ohio sent him packing.

If, instead of grandstanding before the media on the anniversary of a tragedy that already constituted a criminal act, the Governor worked hard to craft more limited legislation and budgetary measures that address known deficiencies in laws designed already to keep firearms out of the hands of persons not allowed under long-standing federal to possess them, he likely would have far more success. But then again, that is much harder than calling a news conference and restating the time-worn trope that “Doing nothing is simply not an option,” as he did last week.