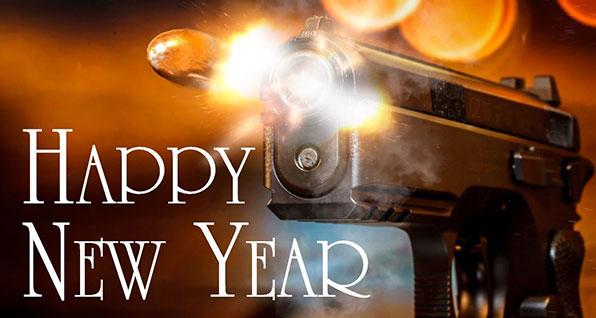 Buckeye Firearms Association is an award-winning organization, recognized throughout Ohio and across America as a leading gun rights advocate. We've been reforming Ohio's gun laws for 17 years. And before that, many of our leaders had been Second Amendment advocates for decades.

We were the driving force for bringing concealed carry to Ohio so law-abiding citizens could defend themselves, introducing castle doctrine to give citizens greater protection in their homes and cars, establishing statewide preemption to prevent cities from passing their own patchwork of gun laws, closing the media access loophole to protect the privacy of concealed carry licensees, restoring the gun rights of armed service members and Ohio National Guard, passing landmark legislation to increase CCW reciprocity agreements and have a carry license substitute for a background check for gun purchases, pushing legislation to allow employees to store guns in their cars at work, and much more.

We've racked up an impressive array of legislative and legal accomplishments over the years. And in 2021, we continued our tradition of relentless advocacy on behalf of Ohio's four million gun owners.

The year began on a high note with Governor DeWine fulfilling a campaign promise and signing legislation we worked hard to pass in 2020 to repeal Ohio's “duty to retreat” law. This brought Ohio into line with as many as 35 other states that have some form of stand your ground, with no duty to retreat for those who face imminent and deadly harm as long as they are in a place they are legally permitted to be.

Then just a few days later, the Governor signed a BFA-supported bill to update Ohio's knife laws, repealing the ban on the manufacture and sale of "switchblade," "spring blade" and "gravity" knives. The bill also cleared up the confusion about carrying knives by defining a knife, razor or cutting instrument as a "deadly weapon" or "weapon" only if it is used as a weapon.

Throughout the year, we supported 15 separate bills to reduce firearm regulations and expand Second Amendment rights. This included frequently meeting with legislators, providing testimony, and aggressively advocating for key bills such as HB 89 to repeal the duty to "promptly" inform, HB 99 to exempt armed school personnel from police training, HB 227 and SB 215 for Constitutional Carry, HB 297 to prevent discrimination against firearms businesses, and HB 325 and SB 185 to limit government power during emergencies.

We monitored and pushed back on nine separate gun control bills, including Democrat-sponsored legislation to reinstate the duty to retreat, enact extreme risk protection orders, mandate universal background checks, require firearms to be locked up, raise the firearm ownership age to 21, repeal statewide preemption, and ban bump stocks. None of these bills have moved an inch.

BFA and our partners drove more than 100,000 constituent messages to Ohio lawmakers in support of key legislation, including bills for Constitutional Carry and armed teachers.

In late January, BFA launched a podcast called Keep and Bear Radio. Featuring fun and frank discussions about gun rights at the state and national level, Keep and Bear Radio continues to grow in popularity and ranks in the top 5% of all podcasts nationwide.

Throughout the year, we kept you informed about gun control efforts at the federal level. This included HR 127, sponsored by Shelia Jackson Lee (D-TX), one of the most outrageous and aggressive anti-gun bills ever introduced. The bill sought to impose a multi-part licensing system, build a federally controlled gun registry, collect ongoing fees for gun ownership, criminalize innocent activity and inflict harsh penalties.

Then there was the Assault Weapons Ban of 2021, sponsored by Dianne Feinstein (D-CA), which sought to ban AR-15s and AK-47s along with standard-capacity magazines that hold more than 10 rounds of ammunition. Currently, both of these bills are dead in the water.

Local governments dreamed of gun control as well. We sounded the alarm when Columbus City Council announced a gun control hearing. We reminded them that, thanks to BFA efforts in previous years, Ohio law forbids cities from regulating firearms, components, and ammunition, and that what council members were proposing was illegal and subject to litigation. Just 5 hours later, City Council backed down and postponed the hearing.

In years past, we participated in two landmark U.S. Supreme Court victories, D.C. v. Heller, affirming the individual right of gun ownership, and McDonald v. City of Chicago, which concluded that this individual right is enforceable in the states. And this year, we were asked once again to submit an amicus brief in New York State Rifle & Pistol Association Inc. v. Corlett, a case focused on carrying firearms. We expect a decision in the new year.

We continued to expose astroturf groups posing as "gun safety" organizations but really pushing gun control dogma, such as Ohioan for Gun Safety, which finally closed shop in June. This follows the same pattern as other sham groups, including Americans for Gun Safety, Gun Guys, and American Hunters and Shooters Association, all of which we outed as phony and deceptive political scams.

BFA continued to play a key roll in the Sportsmen's Alliance Protect What's Right campaign, a coalition of sportsman's groups fighting to secure funding to upgrade public shooting ranges and benefit a variety of outdoor programs and services. In 2021, the effort resulted in legislation to secure $14 million in additional revenue for the Division of Wildlife from hunting and fishing licenses as well as $29 million earmarked for the purchase of 18,000 acres of additional public land from AEP.

This comes on top of efforts in previous years to approve a total of $14,852,000 for major renovations to 4 key shooting ranges: Tranquility in Adams County, Spring Valley in Greene County, Indian Creek in Brown County, and Delaware in Delaware, Ohio. This funding represents one part of a larger project to address $52 million in necessary upgrades and repairs across 14 public ranges over the next decade.

After a three-year legal battle, Cincinnati tapped out and paid Buckeye Firearms Foundation $235,218 to cover legal fees for defeating their failed bump-stock ban. The fight began in 2018 as we challenged their clear violation of Ohio Revised Code 9.68, commonly referred to as "preemption," which forbids cities from regulating firearms, their components, or ammunition. The case went all the way to the Ohio Supreme Court, which handed us a victory, and Cincinnati an embarrassing defeat, in March of this year.

Throughout 2021, we provided support and consultation to private citizens around Ohio who were fighting to remove no-gun signs and block unconstitutional firearm restrictions by activist city councils.

I presented a legislative update for the annual Gun Rights Policy Conference sponsored by the Second Amendment Foundation, and attended by America's most influential 2A organizations, writers, attorneys, and activists. Two years ago, SAF's sister organization, the Citizens Committee for the Right to Keep and Bear Arms, named Buckeye Firearms Association Organization of the Year.

BFA maintained a robust presence in the media discussing issues and educating the public throughout the state, around the U.S., and in countries worldwide. Our leaders served as the go-to source for firearms news commentary for nearly 700 newspapers, radio shows, and TV stations.

We continued to host OhioGunClass.org, a popular online directory that helps instructors promote their services and lets gun owners search for gun and self-defense classes by keyword or location.

Our Foundation manned a booth at the Ohio School Boards Association trade show to educate teachers, education administrators, and decision-makers from around the state about the groundbreaking FASTER Saves Lives program, which provides training for active killer response and emergency medical aid.

The Foundation also sponsored two youth shoots, one in the Spring and the other in the Fall, to promote the shooting sports and provide healthy activities for hundreds of Ohio's young men and women.

BFA continued its work as co-founder of Life Side Ohio, a pro-gun suicide awareness and prevention initiative, partnering with the Ohio Suicide Prevention Foundation, along with gun stores and ranges.

And this barely scratches the surface. We are at work every day, in every part of the state, relentlessly fighting to protect and advance your Second Amendment rights. To get a better idea of what we do during a typical year, take a look at this detailed summary from 2018.

And we'll continue our work next year. As I write this, SB 215 for Constitutional Carry has just been introduced into the House and will soon be assigned to a committee to begin its journey to the Governor's desk. So we're ready to hit the ground running on January 1, 2022, to begin a new year.

If you'd like to play a part in that, and all our other work, please consider donating or becoming a paid member. Even small, recurring donations of $5 or $10 a month, are a big help in funding our ongoing work. We're also starting to plan next year's events and training classes, and hope you can attend.